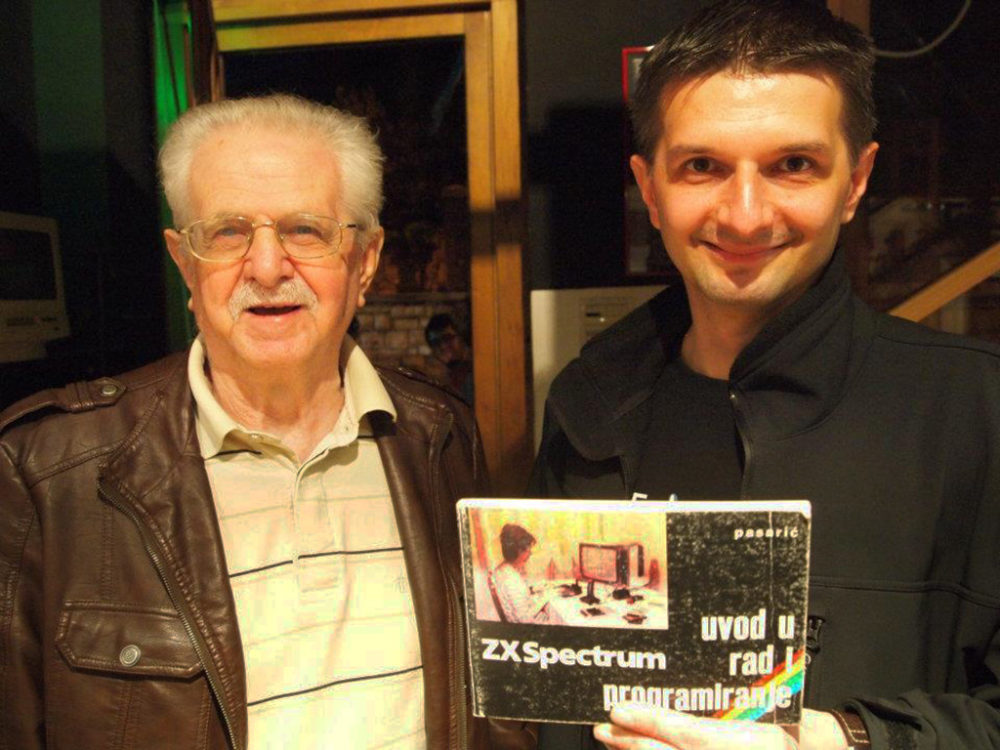 On Friday, 28th of April, 2012, at 8 pm, we will mark the 30th anniversary of Sinclair ZX Spectrum – the most influential personal computer of the 80s in our country. The presentation will be given by Davor Pasarić, the “cover face” of the first Croatian manual for ZX Spectrum “Introduction to Work and Programming” written in 1985 by his father, Božidar Pasarić, a well-known pioneer of the computer revolution in the region. He is also the guest of honor on this anniversary.

Furthermore, as part of the “Art through the eyes of a computer” program, an exhibition of works by Vladimir Biga called “Jet Set Vlado” will be opened in the museum, inspired by one of the most popular games for ZX Spectrum – legendary Jet Set Willy.

In addition, we have prepared a special music treat for you: Revizor is an independent project by Vedran Križan, a kind of homage to the pioneers of synth and computer music, from the early 70s to the mid 80s, the forerunners of all that today we call it “electronics”. Using authentic sounds and synthesizers, the program includes arrangements by Kraftwerk, Vangelis and instrumental hits by Jean Michele Jarre.