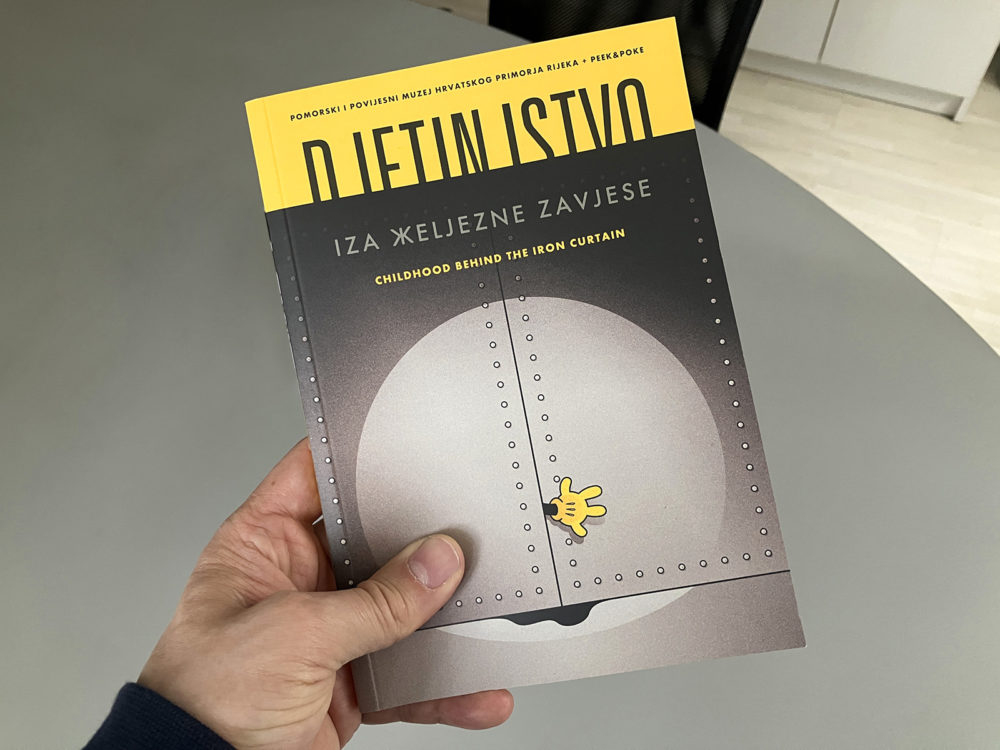 Childhood Behind The Iron Curtain exhibition

Our third collaboration with the Maritime and History Museum in Rijeka, “Childhood Behind the Iron Curtain” exhibition, is part of our 15th anniversary program. It will be opened on October 21, 2022 and can be visited until May 15, 2023.

We wanted to consider the scope of Western influence, consumerism, and American culture which managed to reach children growing up in Yugoslavia, from 1945 to 1990. After the end of the Second World War, historical circumstances led to the division of Europe into East and West, i.e., into capitalist and communist blocs. It was when Winston Churchill famously said that the Iron Curtain had fallen. Yugoslavia was considered a part of the Eastern Bloc. Nevertheless, it occupied a specific place. This is an exhibition about children who, on the one hand, grew up nurturing the personality cult of Josip Broz Tito, and on the other, were influenced by Western European and American heroes from comic books, cartoons, and feature films.

The name of the exhibition is a kind of provocation – at the time, Yugoslavia was not behind the real Iron Curtain. That curtain was a soft one, and people in these parts lived in a kind of limbo between East and West. Life was tougher than in the West, but much better than for the population of the true Eastern Bloc.

“We wanted to give a children’s perspective through this exhibition, and not talk about ideologies,” Tea Perinčić, a co-author of the exhibition, explains.

On display are various toys, such as those of the Biserka factory, which was licensed to produce rubber toys of Disney characters. A smaller segment of the exhibition deals with the production of domestic cartoons, from which the Zagreb Cartoon School originated. Various other exhibits offer reminiscences of late 20th century childhood: dolls, teddy bears, old telephones, chewing gum, posters of movies and musicians, BMX bikes and the popular Poni bike.

From the perspective of a computer museum, an interesting fact is that it was forbidden to import computers to Yugoslavia in the 80s. The communist party was not sure at the time whether computers were the “consumerist evil from the West”, or a useful tool and a means of education. Computers were smuggled in from neighboring Italy, mostly tiny Sinclair ZX Spectrums. After a few years, the Yugoslav government realized how useful computers were, and reversed its policy. There were many attempts to jump-start its own computer industry, due to which a number of interesting computers were created.