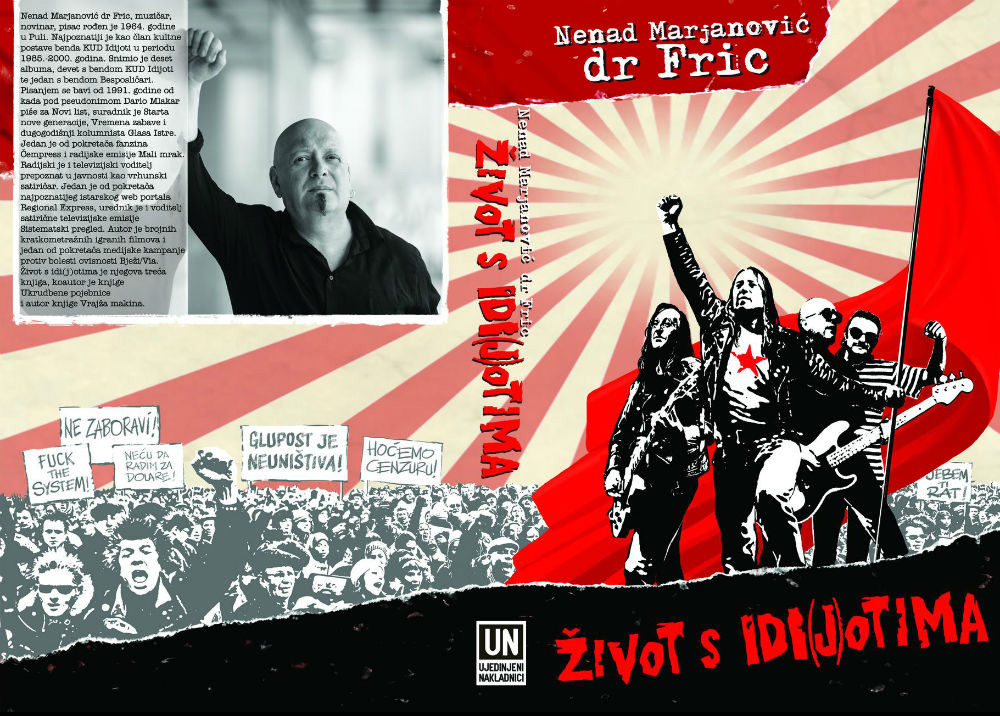 You have been invited to the promotion of the book “Life with Idi(j)ots” by Nenad Marjanović, bassist of the cult Pula punk band KUD Idijoti, better known as Dr. Fric. The moderator is the well-known journalist Ernest Marinković, and the promotion will be attended by Marajnović’s colleague from the band, Diego Bosusco – Ptica (The Bird).

KUD Idijoti was favorite punk band throughout the former Yugoslavia, and now they have an official biography that was written over a period of two years. The book itself bears an ambiguous title; it’s a life with Idijots, but also idiots. Through this, Marjanović may have unconsciously told and described the most important universal value of music – to communicate what is sometimes not possible to say directly. This book is about fighting for music and fighting through music to defend the last invisible territory of common sense, with people who have been labeled as rebels and outlaws telling a parallel story about what punk in this region meant. We could say that it was the first real opposition in every sense.

After the promotion, it will be possible to buy the book at a special promotional price, and of course – KUD Idijoti T-shirts will also be available. Entrance is free.