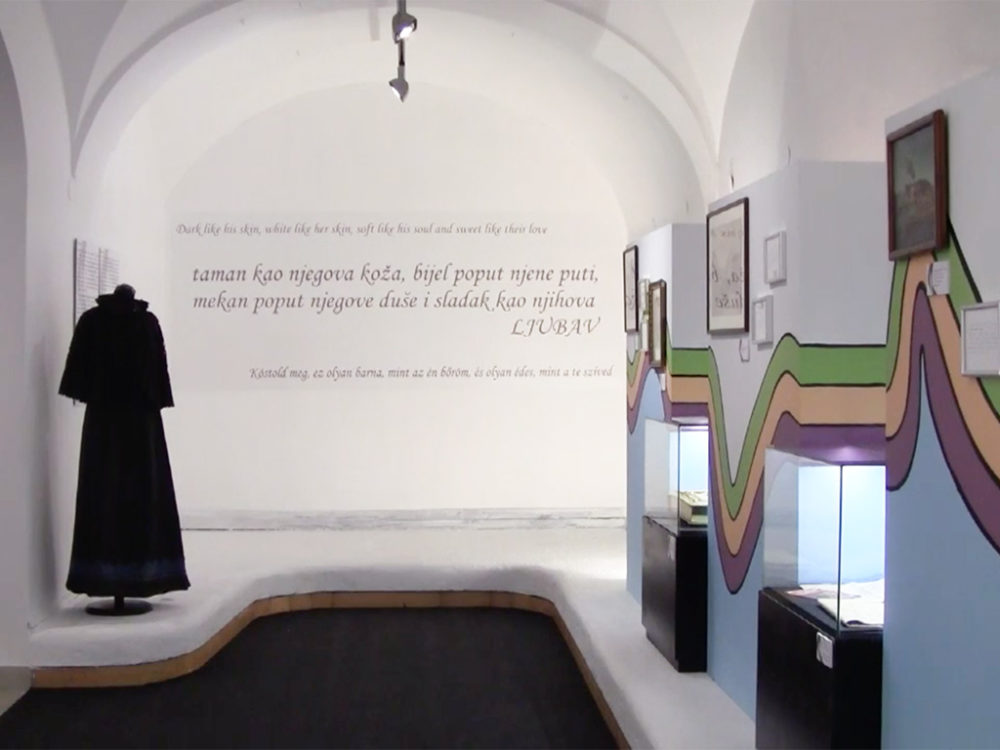 In collaboration with the Maritime and History Museum of the Croatian Coast in Rijeka and Peek+Poke Museum of Childhood, we have organised a very special exhibition! From September 22, 2018 to February 4, 2019 visitors will be able to enjoy an exhibition in the Maritime and History Museum in Rijeka named “Rigo Janči – Love as a Sweet Inspiration” about the most famous pastry of Rijeka – rigojanči cake, as well as about the urban life of our city at the end of the 19th and beginning of the 20th century.

Rigojanči cake is named after the Hungarian violinist Jancsi Rigo. The cake was created and given its name during the period of the famous relationship between Rigo and Clare Ward, conceived in Parisian cafes and restaurants, where Rigo performed regularly. At the time of her acquaintance with Rigo, Ward was the wife of the Belgian Prince of Chimaya, Joseph de Riquet, whom she soon left. During their life together with Rigo, which lasted fifteen years, they captured attention wherever they appeared.

This cake made of chocolate biscuit and whipped cream has been on offer since the beginning of the operation of the Hotel Continental in Rijeka at the end of the 19th century, and soon became a favorite Rijeka dessert and was prepared and sold in many places. The link with the world of Rigo and Ward are Rijeka cafes from that time, which the exhibition deals with on another level as the period of prosperity of Rijeka as an industrial and cosmopolitan center.

As part of the opening of the exhibition, Hungarian historian Csaba Katon will give a lecture and present his book on the love of Rigo and Ward.

To prepare the filling, mix the whipped cream, then add the grated chocolate and hazelnuts. For the glaze, melt the chocolate in a little butter. Place the finished filling on the cooled biscuit and pour over the glaze. Place in the refrigerator to cool the cake well and cut the cubes with a warm knife.

Rijeka’s Rogojanči is a cake that has been prepared for decades in Rijeka’s Hotel Continental, according to the original recipe of the then head of the confectionery, Mr. Šćerbe.

The story of the Kosanović family related to this traditional Rijeka cake begins in 1985, when mother Božica received a recipe from Mrs. Marija Ćućuković, who began her career in 1969 at the Continental Hotel as a student at the Opatija School of Catering. Over the years, Marija progressed and became the head of the confectionery, working there until her retirement in 2008.

According to the original recipe, Mother Božica worked on Rijeka’s Rigojanči from 1985 until today, in several bars and cities in the Rijeka area.